Prairie Township was so named because it was covered with tall grasses familiar to the prairie. The prairie grass, once tall enough to hide all but the head of a man on a horse when he was riding, is gone as well as the forested areas. Prairie Township was organized in 1819 largely from lands once part of Brown and Franklin Township. Many of the early settlers were from Virginia, and agriculture was the primary lifestyle. Before the township was organized, the Clover family from Virginia and Ross County, Ohio settled an area that became known as Clover Settlement. The couple had 12 children, 10 boys and two girls. In 1813, the 14-member Henry and Katherine Gambrose Clover family moved there creating what was commonly called the Clover Settlement. One of the Clover children was a noted hunter of wolves, bear and deer. Among other early settlers were the families of Samuel Higgins, Shatrick Postle and William Mannon who arrived around 1800.

The township was home to three Methodist churches. One was located at Alto, and others were located at the Clover Settlement and another at Henderson. A German Lutheran Church was located about two miles from Rome. Like the other townships, farming was the major occupation but there were other businesses including a vineyard, a cheese factory, a manufacturer of drain tiles, a sawmill and numerous stock dealers. 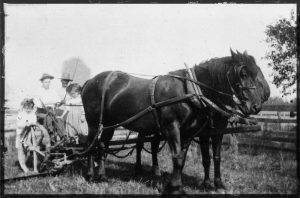 After construction of the National Road started in 1836, the town of Alton was laid out by Thomas Graham. It was the largest village in the township. Soon afterwards, a post office opened in the community and Graham was appointed the first postmaster. Alton is also noted as having the first tavern in the township.

Many churches edifices were built from 1843 to 1883 when the brick Methodist Episcopal Church was built. Circuit riders were frequent visitors.

Three miles east of Alton and about the same time Alton was created, James Bryden and Adam Brotherlin made plans to plat another town to be named Rome. The plat included 64 lots with an equal number on both side of the National Road, better known today as US Rt. 40. Rome was about one third the size Alton, and both were located west of Columbus on the National Road.

Rome was a popular stopping point for stagecoach drivers. They could water horses, allow riders a short rest and make any repairs to the coach before the final leg of the journey to Columbus. Rome was incorporated as New Rome in 1941 as the second smallest village in Ohio. New Rome ceased to be a village in 2004. It also was the first incorporated village ordered to be dissolved by the Franklin County Court of Common Pleas.

The village of LaFayetteville was said to look good on paper but it never took its place as a growing settlement in Prairie Township. According to Ed Lentz, Columbus historian, the village created by Job Postle existed in name only. 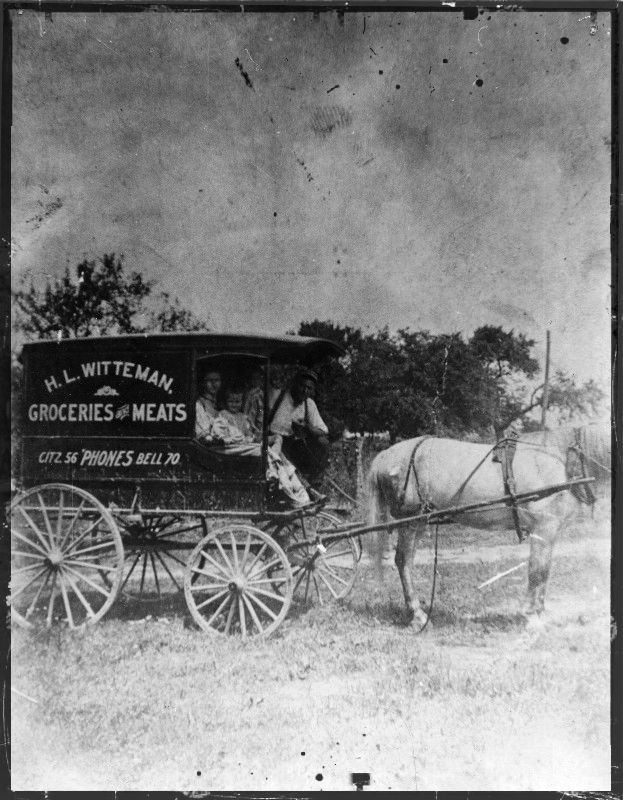 Galloway Station was a settlement sliced in half by the Cincinnati, Springfield and Columbus Railroad. Community residents had easy access to Harrisburg on the Harrisburg and Galloway Free Turnpike but quit using rail passenger service when the CSC Railroad sold its line to the IBW Railway. After numerous accidents, residents began to say the railroad initials actually meant “I’d Better Walk.”

Galloway was originally part of a land grant given to Whitehead Coleman for his military service in the American Revolutionary War and was, in 1787, valued at $1 an acre.

Samuel Galloway, who become an Ohio Secretary of State and Congressman, purchased more than 200 acres in the area and that is why the town was named for him. The town had a general store, mill and Methodist Church built in 1872. Galloway got a major boost when the Cincinnati, Sandusky and Cleveland Railroad arrived in the 1850s creating a hub for shipping grain and cattle.

Roads at the time was impassable, according to recollections of Mrs. Myrtle V. Brooks Burnside and George Lavely. Sawdust and slabs of wood were used to improve the road surface. The roads required constant attention and the trip from Galloway to Columbus was a three hour journey.