The first school in Jackson Township opened in 1815 at Borror’s Corners.  It was a private school supported by families living in the area.  Members of the Borror family first arrived here in 1809 just six years after Ohio became a state.  Their original building operated as a school until 1889 when Jackson Township rebuilt the school.  Township schools provided instruction through the eighth grade.  A student couldn’t advance to high school without passing the Boxwell Exam.

Grove City was founded in 1852 by William Foster Breck who, on May 2, 1862, sold Lot 32 to the Grove City Special School District for one cent.  Grove City wasn’t incorporated as a village until March 9, 1866.  On June 12, 1869, Elizabeth Campbell Breck, wife of Grove City’s founder, deeded the adjacent Lot 33 to the school board for the sum of $50.  A two-room wood frame building was constructed on the lots located at the northeast corner of Park Street (then School Street) at Arbutus Avenue in 1870.  Dr. Joseph Bulen, the first mayor, was also a member of the school board with M. A. White and Ruben Haughn.  The population of Grove City at the time was about 150.

L.P. Fisher, in 1888, was the first superintendent and a teacher.  He promoted the need for a high school in the township.  In 1895, when A. C. Fries was superintendent, a high school charter was finally secured by the Grove City Special School District.  High school classes were initially held in an upper west room of the Park Street School.  High school was a three-year course of study.

Four girls were in the first high school class to graduate in 1896, just a year after the district got its charter.  Commencement services were held at the Beulah Methodist Episcopal Church according to a June 4, 1896 story in The Grove City Blade.  It wasn’t until 1905 that Ohio high schools became a four-year course of study.   The first graduates included Lizzy Jones, Lillie Barbee, Evelyn McGiven and Sallie Jones.

Students from Jackson, Pleasant, Franklin, and Prairie Townships attended high school in Grove City along with students from Scioto Township in Pickaway County.

In 1910, the school district purchased land and constructed Jackson Township High School, later known as the Jackson Building on Park Street east of Broadway at the curve in the roadway.  The only provision involving the new building was that Park Street be extended to Crushed Stone Pike (Haughn Road).

The second Jackson Township High School building, the one that became incorporated into Park Street Middle School, was actually built in 1928. It opened to students on Jan. 9, 1929.  A large addition to the high school was built in the mid-1950s.  It was replaced in 1970 when Grove City High School opened on Hoover Road.

An 1872 Caldwell’s Atlas of Franklin County and the City of Columbus is one of the earliest Jackson Township maps that identified a school in the township.  Though only marked with the initials SH on the map, the following schools have been identified. None of the 11 schools were identified by name.  They included: Borror’s Corners, Lakeview, Hopewell, Hoover, Barbee, Fairview, Oakwood, Greenleaf, Walnut Grove, Orders and Urbancrest.  The map also indicated there were two manufacturers in the township; one producing drain tile and the other made wagons and plows.

The first effort to consolidate Grove City and Jackson Township schools came before the Grove City Village School Board of Education on March 23, 1916 but the resolution was rejected. Consolidation of the two school districts didn’t occur until July 20, 1920.

A 1925 map of Southwest Franklin County shows the following schools.

Jackson Township–Park Street; Miller’s Station School at Harrisburg Pike at Stahl Road; Walnut Grove on Seeds Road; Fairview, north of Zuber at Borror Road;  Greenleaf located on London Groveport Road east of Pleasant Corners; Barbee School, location unsure;  Lakeview on Holton Road;  Hopewell School, near the intersection of Stringtown and Jackson Pike; Borror’s Corners School at Jackson Pike south of London Groveport Road; and Oakwell School, located on Clarence Baumgartner Road.; and Hoover School at Hoover and Gantz Roads and the Urbancrest School.  The Orders School, located on Orders Road in what is now referred to as Century Village, has been restored.  It has a focus on early education in a one room school. Another school mentioned to be in Jackson Township but not identified on a map, was Zion School.  Decker School, sometimes mentioned as being in Jackson Township, was more likely located in Pickaway County.

After creation of the Grove City-Jackson Township Rural School District was formed in 1920, plans were completed to sell off some of the school buildings.   The first four buildings were included in an auction in 1928.  Bids were rejected on two buildings because the bids didn’t reach the minimum selling price set by the board of education.   An article, which appeared in The Grove City Record on May 31, 1928 didn’t identify the four buildings other than to say the Orders School was not sold and that Adam Gantz purchased the Hoover School for $50.

The combined school district again attempted to sell the Orders School at auction Aug. 11, 1928.  The sale was to include the building and one acre of ground.  There is no record indicating the result of the auction.  According to Joan Eyerman, the Order School wasn’t sold but instead returned to the Orders family. A legal notice appeared in the July 10, 1931 issue of The Grove City Record advertising 10 schools would be sold at auction on Aug. 8, 1931.  The auction was held at the Jackson Township High School on Park Street.   It was understood all 10 of the schools would continue to operate until the end of the 1930-1931 school year.

The 10 parcels advertised to be sold at auction in 1931 included:

PARCEL 2—Oakwell School, Number 7, consisting of a brick building 28×38 feet and one-half acre of land.  The school was located on Clarence Baumgartner Road.

PARCEL 4—Borror’s Corners School, Number 1, (this was also the first school in the township) one brick building 28×40 feet located near the intersection of London-Groveport Road and Jackson Pike.  Also, two small frame buildings (out houses) 4×6 feet, and one frame building, 8×12 feet.

PARCEL 5—Walnut Grove School, Number 9, consisting of one brick building 24×32 feet, two wood frame outhouses 5×6 feet and one frame building 10×12 feet.  Joan Eyerman, a member of the Taylor family, disputed the reference that Walnut Grove, also sometimes identified as Taylor School, was included in the auction.  She said the building was not auctioned but instead it was returned to the Taylor family who owned the land the building occupied.

Four schools in Pleasant Township were included in the auction.

PARCEL 7—Pisgah School. This school and property owned by Jackson Township was located in Pleasant Township on London and Lockbourne Roads near Big Darby Creek and Hell Branch Run.  It was advertised as an ideal location for a summer home.  The property included one brick building 28×36 feet, one frame building 4×6 feet believed to be a single outhouse and a frame 9×12 foot frame structure.

Consolidation of the various school districts had been discussed because of the increasing number of students and a need to increase the operating tax base.  Agreement was reached in 1955 and on Jan. 1, 1956 the South-Western Local School District came into existence.  As the student population grew, the Village of Grove City received city status.

On Aug. 19, 1959, the South-Western City School District was formed and today the district has become the sixth largest in Ohio.  In 2012, working with a new bond issue and the Ohio Facilities Construction Commission, the district made a commitment to build 13 new elementary schools, renovate two other buildings and construct a new high school replacing Franklin Heights at a cost of $260 million.  In 2018, voters approved another bond issue to replace Brookpark, Finland, Norton and Pleasant View Middle Schools, build an addition to the existing Jackson Middle School and to renovate East Franklin Elementary.

The South-Western City School District came into existence Jan. 1, 1956, a consolidation of six separate boards of education. The population of the area was rapidly growing in the 1950s and schools were pressed to meet the needs of students and families.

Only the Franklin Local District had a financial base adequate to support the growing demands due to the location of large industrial operations in the years just prior to 1936. The schools faced difficulty in meeting the needs of the growing enrollment. As a result of these growing needs, a committee of citizens representing the six districts was formed. Meetings were held with members of the six boards of education as well as county and state officials.

The consolidation included: Grove City-Jackson Township Exempted Village School District, and independent school districts in Pleasant Township, Urbancrest, Georgesville, Prairie Township and Franklin Township. The Franklin Local School District was the only one that had a strong financial base primarily because of commercial and industrial development along the Georgesville Road corridor.

One of the district’s crowning achievements was the opening of Grove City High School and Westland High School during the 1970-1971 school year. These two buildings were planned to
house 2,000 students each. The buildings, at the time, were considered by architects and educators as “ten years ahead of the times.”

In 1998, to stem crisis-level overcrowding, voters passed one of the largest school construction bond issues in the history of Ohio. The issue made way for the construction of four intermediate schools (fifth and sixth grade buildings), a middle school, an additional high school, and a career technical center, as well as renovations to seven existing schools.

In November 2018, voters passed another no new millage bond issue to co-fund Segment 2 of the district’s overall Ohio Facilities Construction Commission project to replace Brookpark, Finland, Norton, and Pleasant View Middle Schools, build an addition on Jackson Middle School, renovate East Franklin Elementary School, and provide funds for much needed roofing and asphalt projects across the district. The renovation of East Franklin is phased in over multiple summers. The new middle schools are scheduled to open in the Fall of 2022.

Download the article by clicking the PDF icon below. 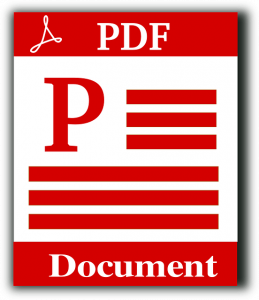