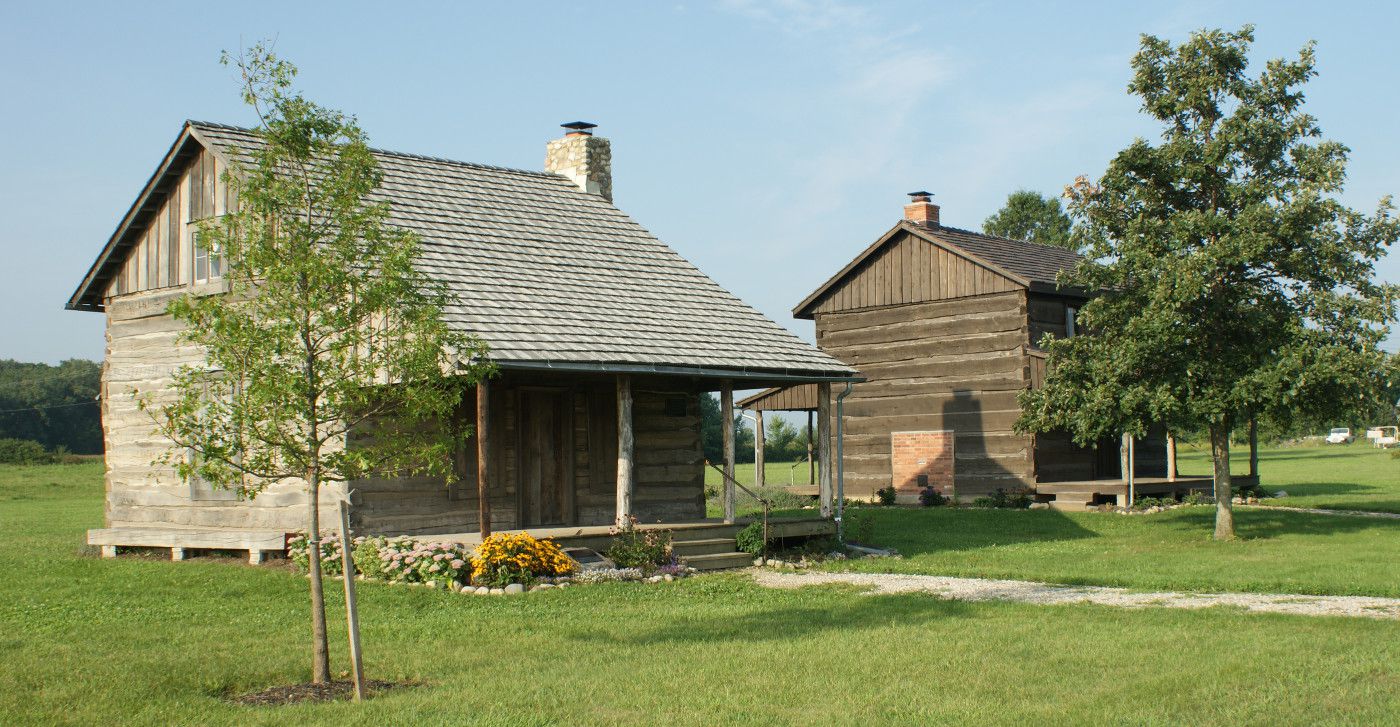 Step back in time and experience life in the mid-1800s at Grove City’s Century Village Historic Park. It is open to the public during the summer months on the fourth Saturday from May through September from 2-4 p.m. There is no admission and parking is free, but there is a fee for special guided tours. The log structures and the museum of antique tools inside the Bob Evans barn will demonstrate the skills and hard life the early settlers experienced.

The village is also open for Heritage Days and the Old Time Harvest Festival. Both of those events are also free. Sit down and experience a one room school, rope making, children’s games, cabin life and much more during the festivals. Feel free to ask questions and interact with volunteers dressed in period clothing. See Home page for information and how to schedule a tour.

Some of the buildings at Century Village include: 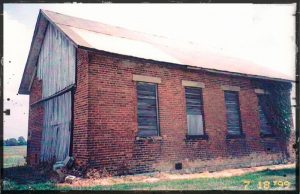 The Orders Road School before restoration.

Educational standards for rural children did not exist during the early 1800s, but by the 1870s most states had enacted compulsory education laws. In rural areas, township school districts built schools like the one at Century Village and assessed local citizens for upkeep and teacher salaries. Teachers passed a county examination for certification. Besides instructional duties, they kept records, cleaned the schoolhouse and kept it heated during the cold months. In 1879, Allen and Mary Orders deeded one acre of land to the Jackson Township Board of Education to build the Orders Road School, known then as #10. Three generations ages five to 16 attended the school for their primary education. The brick school was restored between the years 2000-2002.

This log home was built on property purchased between 1860 and 1880 by William Kegg, a prosperous land owner in Franklin and Pickaway County. In 1915, the land and house were purchase from the Keggs by the Ruoffs. In 1960, the land was sold to the Kientz Family, who donated the house to Southwest Franklin County Historical Society and the City of Grove City in 1997. The house was dismantled with the help of inmates from the Orient Correctional Institution and placed in storage for 6 years, and rebuilt in a joint effort of the SWFCHS, the Boy Scouts and the City. The original location for this log cabin was Beatty (Kegg) Road. It was reconstructed in Century Village in 2003-2004.

This log barn, constructed around 1850, was donated by Patty L. Jones. It was dismantled in 2005 with the help from inmates of the Pickaway Correctional Institution. It was reconstructed by the Southwest Franklin County Historical Society volunteers in conjunction with the City of Grove City. The original location was on the Jones property on Rensch Road. It was reconstructed at Century Village in 2006.

Windmills harnessed wind power to pump water from wells freeing farmers to use time and labor on other tasks. This windmill is reconstructed with parts from two separate windmills, one from the Borror Farm (donated by M/I Homes) and another from a Demorest Road farm (donated by B.J. and Jody Roach), Both windmills were originally constructed around 1870 and moved to Century Village in 2008.

Crib barns were made of rough-hewn logs notched and laid horizontally; gaps went unfilled to save labor and provide ventilation. The multifunctional structures sheltered livestock, held feed, stored equipment, and more, such as housing a blacksmith shop. This barn, originally built in Perry County, was dismantled and stored before being purchased and reconstructed by the Bob Evans Farm at Rio Grand, Ohio. It was later donated to the Southwest Franklin County Historical Society and the City of Grove City. Replacement logs and other lumber were donated by Andy Deshong. Blacksmith Jim Brown, a SWFCHS member, hand forged replacement hinges and latches.

Granaries were used to dry seeds for the family to use to sow crops the next growing season. This small granary was built on the Ziegenspeck Farm, located on Harrisburg Pike just south of SR 665 around 1927. Steve and Trudy Funk purchased the farm in 2003 and donated the granary to the Southwest Franklin County Historical Society and the City of Grove City in 2014. It was moved to Century Village in 2014.

This type of outside toilet was used before more hygienic methods of wastewater disposal such as sanitary sewers. Is was originally part of the Baumgartner Farm on Big Run South Road. It was placed at Century Village in 2008.

This log structure was once located on a 203 acre farm. It was constructed by the Haines family prior to 1850 and was occupied by the Black family from 1935 until the 1990s. It was originally located on Borror Road just south of Zuber Road. It was reconstructed at Century Village between 2009 and 2012.

Blacksmiths were important to a growing community. This shop was constructed using original logs from a two-story log home built on Beatty Road in the 1850s and furnished with tools used in Earl F. Augenstein’s Blacksmith Shop on Orders Road. It was moved and reconstructed to Century Village between the years of 2011-2013.

When the Concord United Methodist Church, located at SR 665 and Hoover Road closed, the members and all contents of the building were moved to Trinity United Methodist Church. The church bell was donated to the Southwest Franklin County Historical Society and placed at Century Village. The people who donated money and time to move and construct a base for the bell were Dean Lykins, Dave and Kathy Estep, Doug Stormont and Alivn Borror. The Concord church was one of the oldest churches located in Jackson Township.